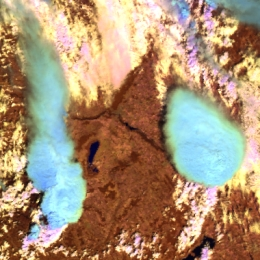 In most of the cases thick ice clouds are covered by large ice crystals (appearing medium blue in the Cloud Phase RGB). However, there are some exceptions when the cloud top ice crystals are small. One of them is severe convection with strong updraft. The reason is the following. Strong updrafts often bring small ice particles up to the cloud top. Due to the strong updraft the small droplets formed at the cloud base do not have much time to become larger by coagulation before freezing. 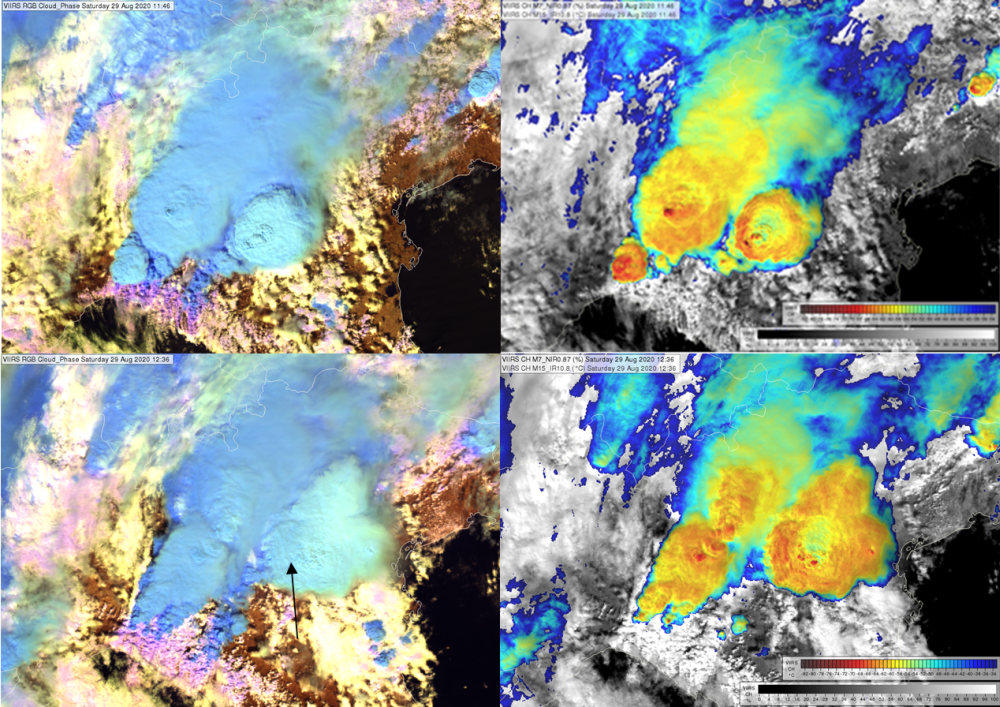 Note that:
• The actual colour shades depend on the sun-viewing geometry as well (solar and satellite directions).
• Not all convective clouds appearing light blue in Cloud Phase RGB are severe storms.
• Small ice crystals may form not only due to intense updraft. Small ice crystals can be as well observed: on the tops of storms with cold (high) cloud base, in high level lee clouds and on the tops of highly polluted thick ice clouds.
• Thick ice clouds covered by large ice crystals appear medium blue in Cloud Phase RGB.
• If the thick ice cloud is covered by thin cirrus it might appear slightly greenish or whitish.

Explanation of the colours of thick ice clouds covered by small ice crystals in the Cloud Phase RGB (see the recipe):

• The blue signal is large, a thick cloud has high reflectivity in visible spectral region and it is almost independent on the cloud top microphysics.
• In case of small cloud top particles, the 1.6 and 2.25 μm reflectivity values increase (compared to the case of large cloud top particles), see the graph below. Highlighting the 0-50 % reflectivity range, the red and green signals became stronger than medium but usually lower than the blue signal. (Additionally, the green signal is usually slightly stronger than the red one as the absorption of ice at 2.25 μm is somewhat weaker than at 1.6 μm).

In case the cloud top particles are extremely small, it can happen that the green or both the green and red signals saturate and may become even stronger than the blue one. In such cases the resulting colour may turn to whitish or light greenish or light yellowish. 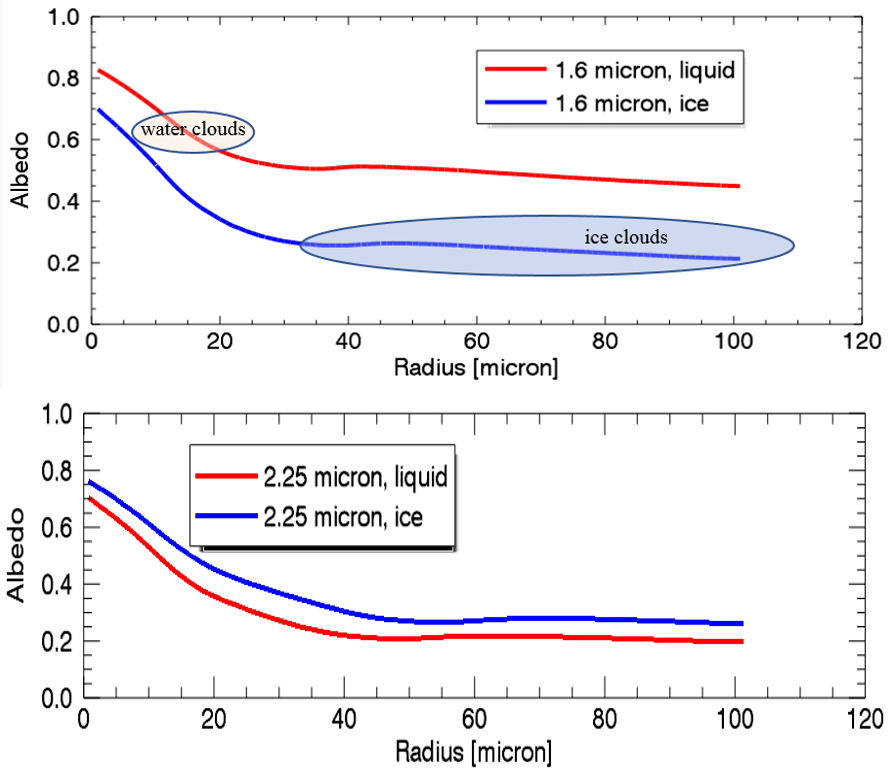