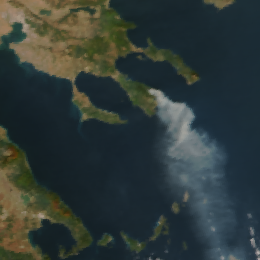 Smoke plumes from burning biomass usually appear bluish grey or grey in the VIIRS True Colour RGB images. The smoke of an oil fire is black.

True Colour RGB images are ‘Rayleigh corrected’. This means that the impact of Rayleigh scattering by atmospheric molecules has been removed to make the images clearer. However, the impact of the aerosols’ scattering is not removed completely. This is one of the strengths of the True Colour RGB: it is quite sensitive to particulate matter in the atmosphere like smoke, smog, haze and dust.

A thick smoke plume close to the source has a different shape, structure and colour shade than ice and water clouds. A very thin smoke plume, further from its source area, or a residual thin smoke plume of a former fire often resembles a blurred (bluish) greyish veil. Its detection is easier against a dark background like the sea.

The image below shows a smoke plume over the Aegean Sea. 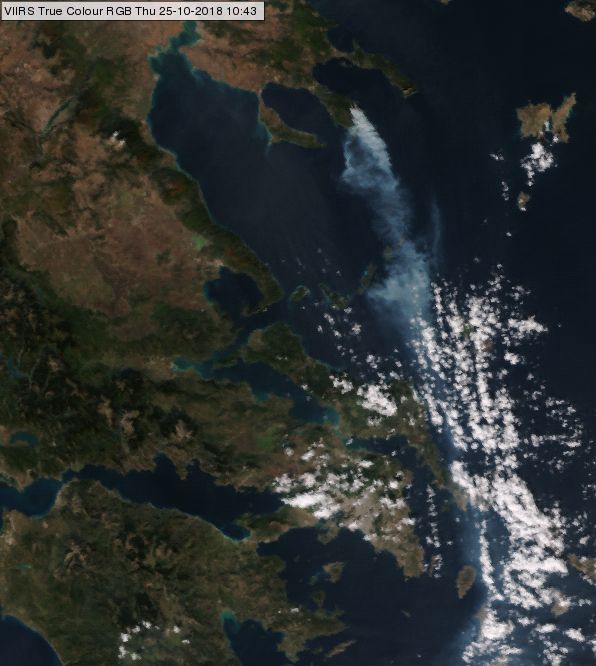 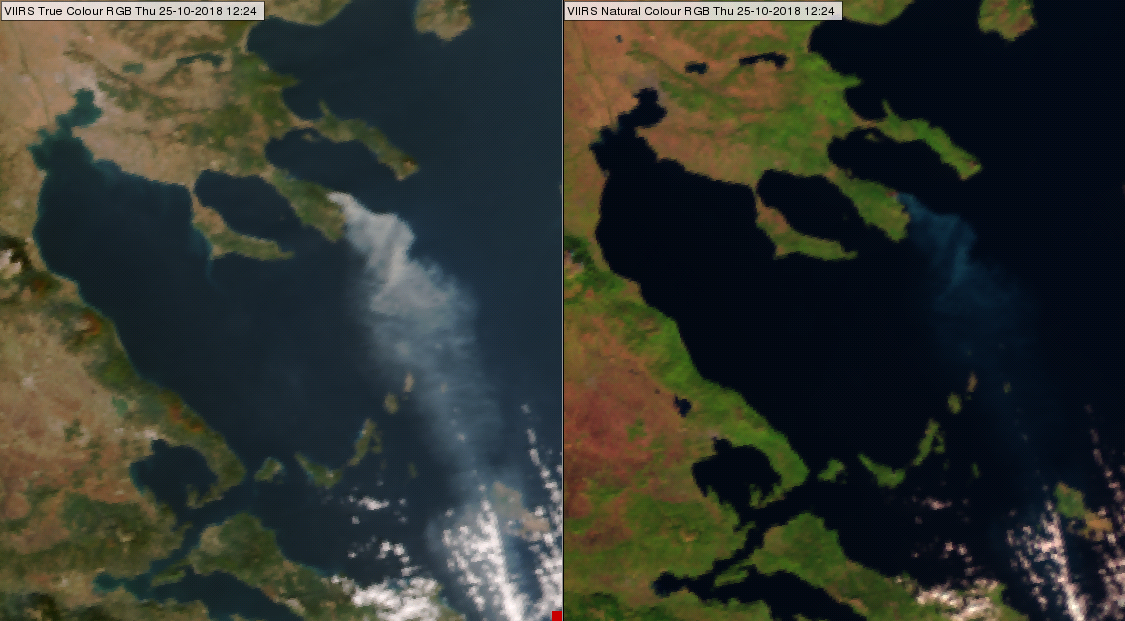 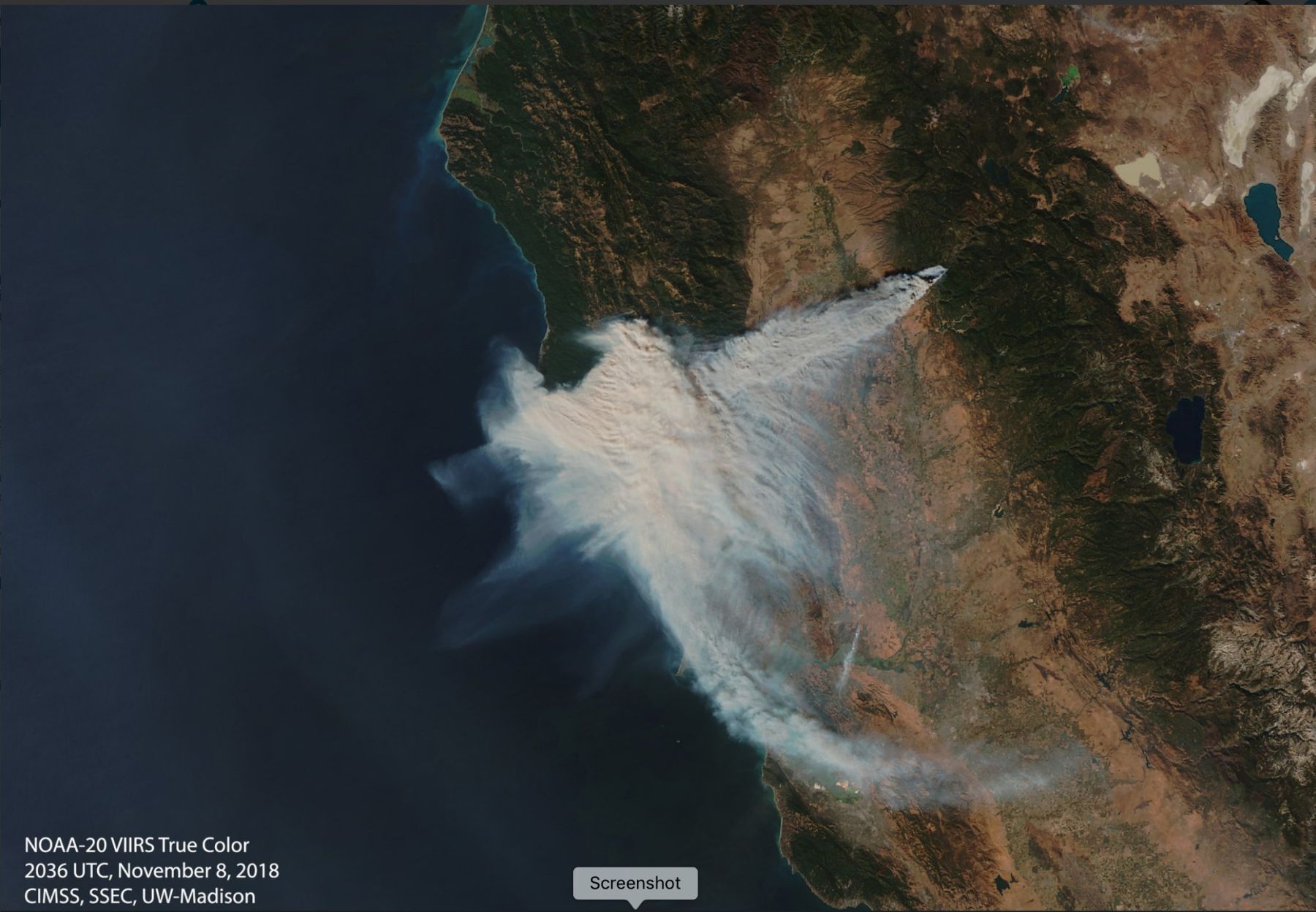 The image below shows the smoke 3 days later. Here we can see mostly thin smoke in bluish grey shades. 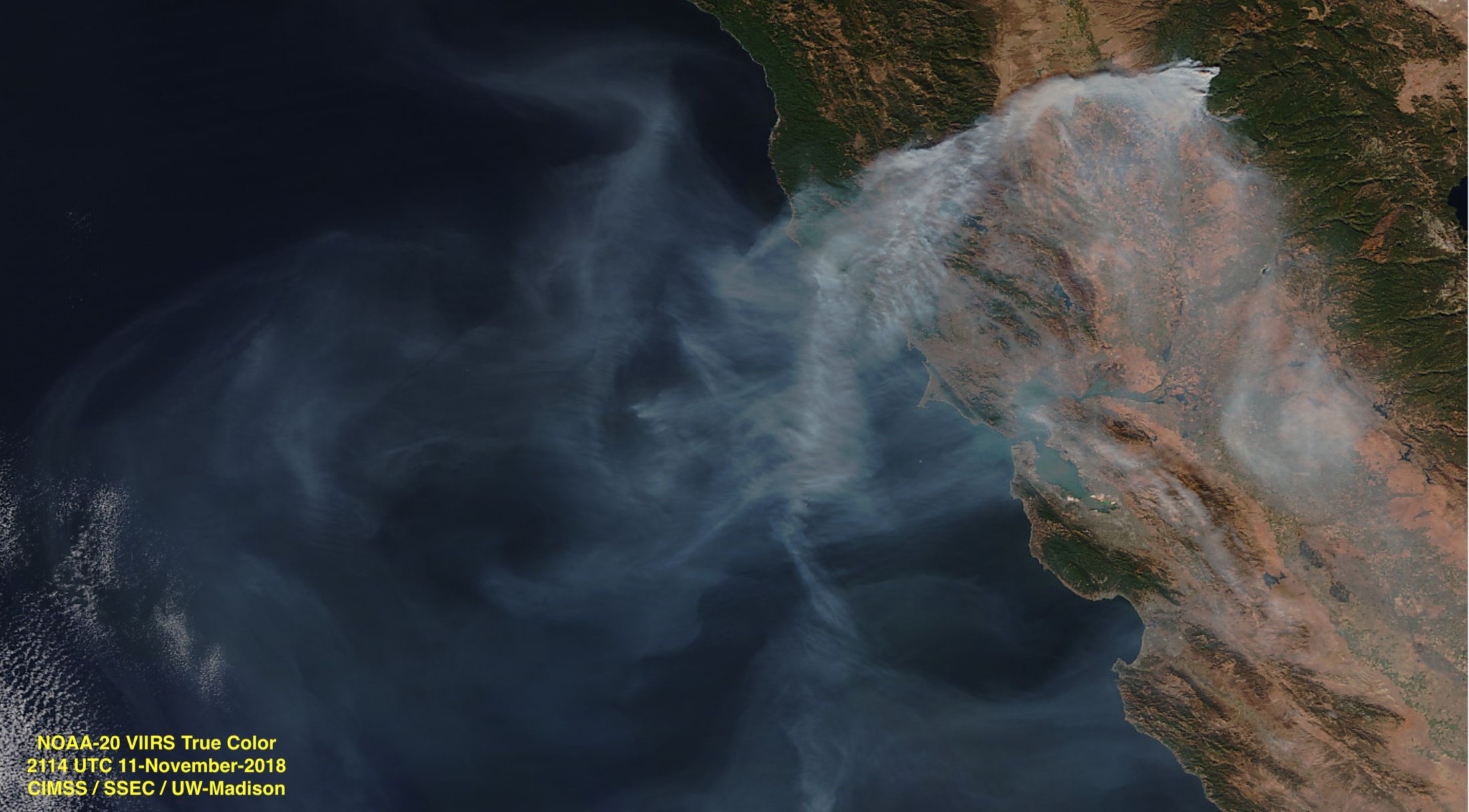 Note that:
• The aerosol plumes usually appear grey in the True Colour RGB images. The grey shade may indicate the type of the aerosols. Biomass smoke is often bluish grey, the smoke of oil fire is black, dust cloud is often brownish grey, while haze appear grey.
• Towards the edge of the swath a thin smoke plume appears thicker, while along the sub-satellite track it looks thinner.
• Thin clouds also appear greyish.

Explanation of the colour of smoke in the True Colour RGB imgages (see the recipe):

The aerosol particles scatter the visible radiation. The reflectivity of a thick aerosol plume depends on its concentration, the type of aerosol (its composition), the average particle size, the solar and the satellite viewing angles and on the wavelength.