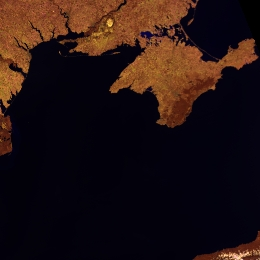 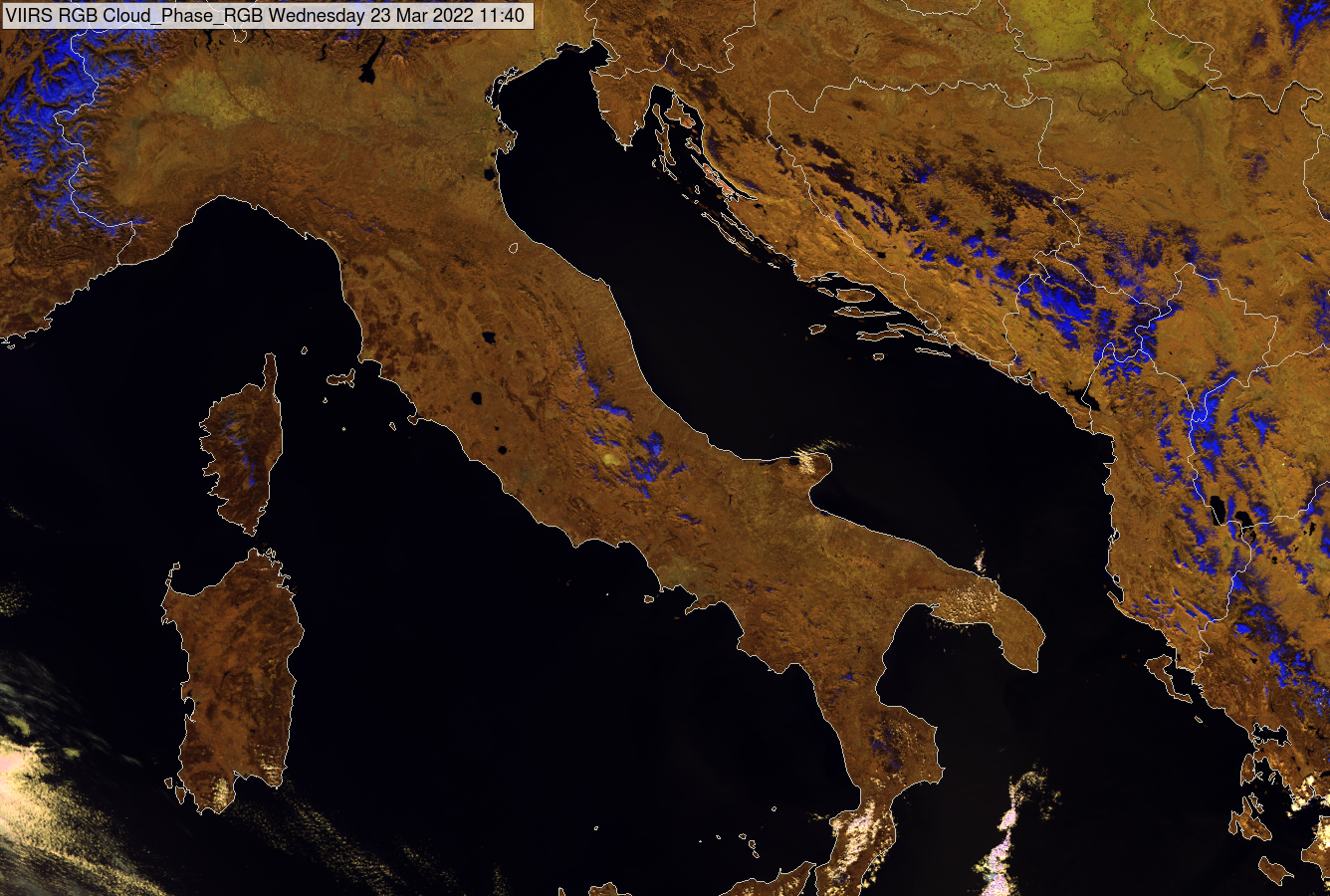 The left panel of Fig. 2 shows part of the English Channel and the North Sea between England and the continent appearing black in the Cloud Phase RGB image. The right panel shows the Crimean Peninsula, and part of the Black Sea. The sea and the River Dnieper (with its tributaries) appear black. 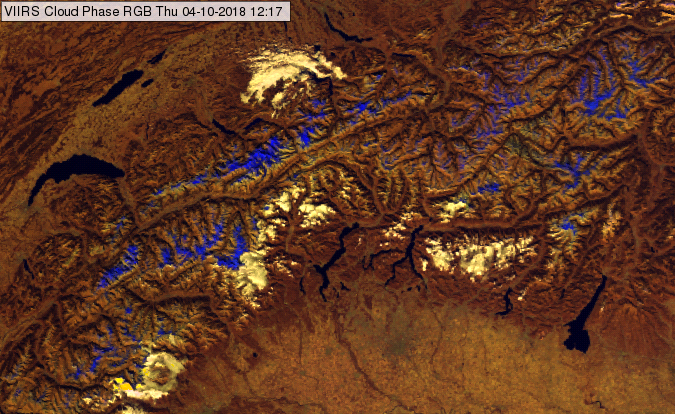 Explanation of the colours of open water bodies outside the sunglint area (see also the recipe on the left side):
• The reflectivity values of both near infrared channels are extremely low, almost zero (water absorbs strongly at these wavelength), see the graph below. In the visible channel the reflectivity is somewhat higher but usually very low. Consequently, open water bodies usually appear black.
• In some special conditions (e.g. special combination of solar and satellite directions and/or extreme high sediment concentration in the water) the visible reflectivity somewhat increases and so, the water body might appear dark blue. 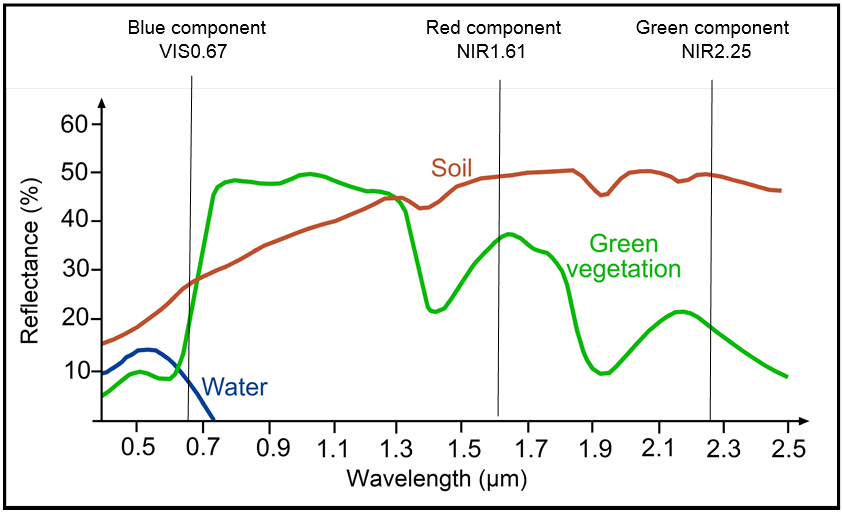 Fig. 5: Typical reflectance spectra of green vegetation, soil and water. The central wavelengths of the three channels the VIIRS Cloud Phase RGB is created from are indicated by vertical lines. © CEOS project